Imagine that being a zombie was quite a bit like being a heroin addict. You do many terrible things to survive and then find yourself in a treatment facility to return to a somewhat normal life. The BBC series In the Flesh examines this and the many social questions that would arise from just this sort of situation. The first episode begins four years after “the Rising,” with the gory and intense flashbacks of a former zombie (or rather “Partially Deceased Syndrome Sufferer”) named Kieran Walker (Luke Newberry). Held in a facility in Norfolk, Kieran and hundreds of others like him, have undergone treatment to return them to society; much like one would do with a drug addict in a rehab facility. As Kieran undergoes treatment, he starts to remember the things he has done in his partially deceased state. Armed with medication, contacts and makeup to give him a regular appearance, Kieran returns home to find it very much not like he left it.

Jem Walker (Harriet Caines) taking precausions in In the Flesh, Part One.

On the outside the HVF, or Human Volunteer Front, has not yet retired themselves from hunting the undead. With many lives lost due to the “Rising” the HVF is known everywhere with the phrase “God Bless the HVF.” This group of individuals protected their homes and families when the government of the United Kingdom was not able to provide the troops needed to support its citizens. We do get a hint that they may have outstayed their welcome when a local pub owner let’s them know she can no longer allow them to drink for free, much to their outrage. It has been, after all, four years since the Rising and it appear that the HVF may no longer be necessary.

The HVF and most of the town of Roarton are not pleased with the idea of the return of the PDS sufferers. In fact, government has had to enact a law, the PDS Domicile Act, to get people to even let them to return. Jem, Kieran’s sister, is one of those not delighted with the idea of her brother’s return. Known as the “Rambo of Roarton,” Jem Walker (Harriet Cains) is against allowing her brother to return home. We get a hint that PDS is not likely caused by a bite, but rather simply by a human being dying. Kieran is referenced as having killed himself, and a local woman in town is horribly gunned down after a fellow resident recalls having seen her in her coffin four years previous.

Alas, the HVF is not the only difficulty awaiting the PDS sufferers. A drug known as Blue Oblivion has suddenly found itself circulating under those with PDS. The drug causes them to revert back to their full undead state and disconnects the parts of the brain that cause flashbacks and guilt over their actions. The “Undead Prophet,” a figure hidden behind a skeleton mask, preaches that only by consuming the drug can the PDS sufferers ever return to a state of peace.

Some of the most delightful parts of this episode are the posters in the background of the PDS facility. A woman with pale skin, a lopsided smile and overly bright eyes is overlaid with the words “We understand the Partially Deceased.” I found myself laughing and wanting to put those posters up in offices everywhere. The show so far seems very much like a parable for immigration, drug use and PTSD sufferers. So many of the phrases used by the VHF about not wanting “them” in their homes ring true with recent immigration issues in the United Kingdom. Dominic Mitchell’s series is accidentally funny several times. Gun control is a large issue in the United Kingdom, so watching people so casually carry high powered weapons was quite odd.

I found the episode to be delightfully disturbing. Though I’m terrified of zombies, I will admit that this is a show I will be sticking with until the partially deceased end. 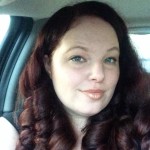 Originally a Russian language animated feature and a sequel to the...

The New Mutants Drive In @ The Rose Bowl

The New Mutants Drive In at The Rose Bowl in Pasadena, California...

Marvel United Review – The partnership of Marvel, CMON Games, and...

Skapp Turns Your Phone into a Skateboard

Skapp is a skateboard app that turns your phone into a...

Flying ace and Topgun pilot, instructor and all around man’s man,...

How to stop grooming in toys? NCOSE Interview with Jake Roberson,...

Legends Ultimate Arcade Machine is Back!

The Legends Ultimate Arcade Machine is back with wider availability and...

Good afternoon Nation! In celebration of the 80th Anniversary of Bugs...

Wooo, you have no idea how eager I was to conduct...

Adult Continuity Comics on the Can Cultural Junk Drawer Future Comic Rock Stars Is That Racist? Revisiting the Reviled THAT'S NOT ROTTEN! The B-Reel The Cantina Scene This Week in Crowdfunding What the HELL Did I just...?
Fantoy Comics Presents: Harry Potter and Endgame (kinda)

Something strange may be going on at the Wizarding school.

The portal was left unguarded for an hour and a half!...

Now this could be a commentary about the travel time experienced...

Join Whitney Grace as she speaks with artist Hamid Rahmanian, who...

Performing on Saturday, August 29, 2020 at the Ventura County Fairgrounds,...

This interview was very personal to me as Shab has a...

New Single ‘Aqua’ from ‘The SpongeBob Move: Sponge On the Run Debuts Today!